HomeblogForm the politically correct and easily...
Warning: A non-numeric value encountered in /home/overview/paulmalonecomedian.com/wp-content/themes/junotoys/fw/core/core.reviews.php on line 210

Warning: A non-numeric value encountered in /home/overview/paulmalonecomedian.com/wp-content/themes/junotoys/fw/core/core.reviews.php on line 210 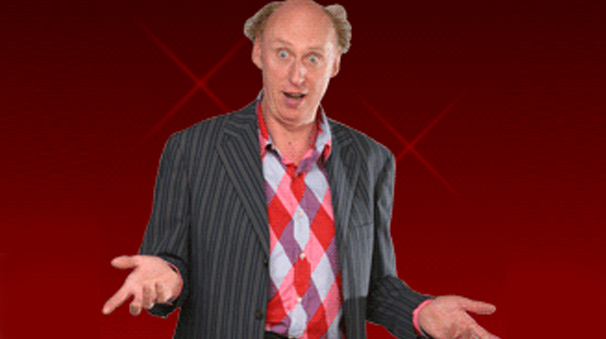 The above statement is to be inscribed on my tombstone, for after more than twenty-five years as a professional comedian; I have come to the conclusion that it is impossible to come up with a show that will not offend at least one person. Let me tell you some of my experiences over the years. I started doing comedy first in a group called Ginger. We started off as a ballad group and ended up as a comedy act. At first we used to just tell a few jokes between the songs and my first experience of somebody getting offended was in the Embankment in Tallaght. I told a joke about a sexy girl going up to communion with a low cut dress. The priest is going, ‘body of Christ, body of Christ, Christ what a body’. It got a big laugh from the audience but one guy stood up and started to shout at me, I did the usual anti-heckler jokes and he sat down. At the end of the night as people were leaving, I went out to pack up my gear and he came up to me and started going on about making fun of religion. For the next half an hour or so he spitted all sorts of venom at me while I tried to reason with him. But to no avail. All this time his wife was standing quietly beside him while he ranted and raved at me. All of a sudden she turned to him and said “if you thought half as much of me, as you do about that stupid fucking religion, we’d have a much better marriage” and off she stormed, with a much chastened religious fanatic slinking behind her.

I once did a tour with Foster and Allen. I was basically doing MC and as most of the audience were very old I worked out a programme of what I thought were totally inoffensive jokes. There was not one mention of sex in it. After listening to this show you would think that every person in the world was an immaculate conception. One night two people walked out and complained to the management. My flabber was gasted: What could they possibly have been offended at?. It turned out that while telling a very harmless drunk joke, I had belched, as you always do when taking off a drunk. Up they got and marched out and moaned that they hadn’t come out to hear someone belching. (I subsequently wrote a parody about their audience, to their “Old Flames” song and I called it “Old Dames)

The most Bizarre one was in Tralee in 2001, a woman came up to me and said, “ I really enjoyed your show but leave out the piece about female genital mutilation”. I said “there’s nothing about that in my show”, “Now you know what you said” she replied pointing the finger at me and walked off. I still have no idea what she thought she heard, I have never mentioned that subject in my show or even thought about it, in fact at that time I hardly even knew what it was.

In Derry one night, again the complaint was pre-fixed with “I enjoyed your show”. (Every time someone says that now, I wait for the But). But I didn’t like the racist piece about the Chinese. Now I have a rather long piece about a Chinese man in Kerry and I talk about the Chinese eating dogs etc. (The only place you can take your lunch to work on a lead) but I hadn’t done it that night. So I said ‘I didn’t do my Chinese bit tonight?’ It turned out that while introducing my backward version of “The Fields of Athenry” I said they even have a version in China; it goes “Ro-Rye-the Licefields of Shanghai” and she thought that was racist. So you can slag off the way Cavan or Cork people speak English and that’s not racist but you can’t slag the way Chinese people speak English because that’s racist. The mind boggles.

“The Fields of Athenry” backwards, I hear you say. Yes I do a version of the famous song backwards and it gets a lot of laughs. But twice I have been threatened with physical violence for doing it, even though Pete St. John who wrote the song is a friend of mine and he thinks it’s very funny. In fact he told me that the loyalists in the North have a version of it they sing at their rallies.

The only conclusion I can come to is that some people go out to be offended, because by complaining, it somehow gives them some status. I once wrote a parody to “The Green Fields of France” and in it I had Willie Mc Bride singing back to Finbar Fury. It became one of the most successful parodies of my career and a lot of people learned it off my CD and used it as their party piece. But I met a chap at a gig one night and he told me he had been attacked for singing it in a pub in Naas. The guy, who hit him, said you can’t make fun of our heroes like that. He was so thick that he thought Willie McBride was an Irish Patriot, when of course he was a British Soldier in the First World War.

I’ve had people offended because I told jokes about Dublin (I am from Dublin myself). About Cork, about the Irish in England, even though in my story the Irish guy gets the upper hand. I’ve had people getting annoyed because I got a laugh out of Baldness (I am bald myself) and in my piece I point out that baldness is a sign of virility, a compliment for any man. Sometimes on stage to localise a piece I might mention a place they are familiar with. On countless occasions I have said something like “I was driving that country road from Dundalk to Castleblaney” and before I got a chance to say another word someone shouts “what’s wrong with Dundalk, I’m from Dundalk”. I had said nothing bad or good about Dundalk. You would want to have a really bad inferiority complex about where you come from to react like that. But I’ve seen exactly the same response in various parts of the country.

In Sligo one night I told a joke about a Dublin Gurrier going into a chemist shop and asking for a packet of condoms, the chemist says what size, the Dublin guy says “mix them up I’m not going steady”. Clearly the reason people laugh at this is because the guy is so stupid, but one girl in the audience saw this joke as a sexist joke against women. How thick can you get? There are a million more examples of people getting offended; I often wonder how these people live in this world. They must get offended every time they walk out their door, or turn on the TV or Radio. What a horrible way to live.

The great laugh about all this is that when people make a big deal about something some comic said on TV, it always results in that comic making a load of cash. The Russell Brand and Jonathan Ross controversy was so silly. Russell Brand said he slept with Andrew Sach’s granddaughter. Now when you hear this first you think that’s a terrible thing to say, because in your mind you are thinking of an innocent little girl. But Andrew’s Granddaughter is Georgina Braille who goes under the name of “Voluptua” in a band called “The Satanic Sluts” part of their PR promises that you get an extra helping of bondage, whipping and crucifixion with some of their merchandise. I would imagine that Andrew Sachs is more peeved at all the media referring to him as an old age pensioner. I imagine this is a total shock to a great comedy actor who I’m sure, still sees himself in that light. It is said the reason why people get offended so easily is that comedy holds up a mirror to life and some people can’t handle what they see in it. So in a world filled with murder and mayhem why not go out and just laugh at it you might find that life isn’t that bad after all.

You can login using your social profile
Problem with login?